My year as a Neighborhood Council Valley Village Board Member

Neighborhood Council Valley Village is made up of 15 dedicated volunteers who work tirelessly for their community. Please take a look at Communications Chair Steven Stokes’ open letter to Valley Village and president Tony Braswell’s list of accomplishments for 2011 by clicking here. It definitely takes a village. 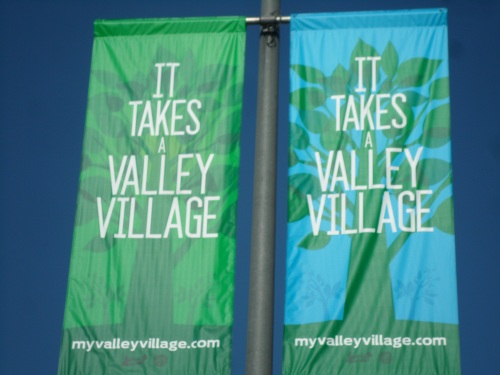 It’s been nearly a year since I was elected to the board of Neighborhood Council Valley Village (NCVV), and I can’t believe what a rewarding experience it has been. Board president Tony Braswell recently listed NCVV’s accomplishments for 2011, and the total is quite impressive.

For me personally, there were some very satisfying moments: 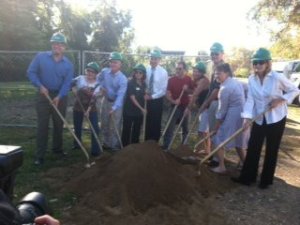 I'm the 4th from the right

I donned a hard hat and shovel and posed with Councilmember Paul Krekorian for the Valley Village Park improvement groundbreaking ceremony.

I worked hard to try to get shade structures installed over the playground at Valley Village Park, and although there were a few neighbors across the street from the park who were pretty angry (they felt that the park was already too crowded), during Christmas week when the temperature hit the high 80’s my son Jake was able to play without getting heat stroke.

I fought the good fight trying to drum up a letter writing campaign to convince the state Citizens Redistricting Commission (CRC) not to split Valley Village in two. We were unsuccessful, but not for lack of trying.

I was able to chat with Councilmember Paul Krekorian and State Assemblyman Mike Feuer numerous times. Although I had barely heard their names before I joined the board, by the time I met and shook hands with them, I was pretty star-struck.

After marching with my neighbors in the Valley Village 4th of July parade for a decade, this year I was able to wave from a convertible with my fellow board members.

I had a great time volunteering at events like the Pet Adoption Fair, Paul Krekorian’s Inaugural Celebration, National Night Out, Neighborhood Watch, adding information to the NCVV website, promoting events on Patch, attending conventions and seminars like the 2011 LA Congress of Neighborhoods, ethics training, and the Neighborhood Council Green Practices & Projects Workshop, enjoying the Police Activity League Supporter (PALS) Luncheon and Awards and chatting with Officer of the Year Bill Lantz, and working with some very knowledgeable and devoted members on the projects and communications committees. 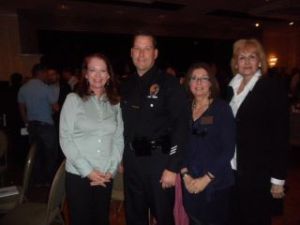 By getting involved in NCVV, I was able to provide firsthand information regarding the notorious fence with the commissioned graffiti, the continued closing of the two tunnels under the 170 Freeway, additional park improvements, Neighborhood Watch, specific crimes in our neighborhood, and the events at National Night Out.

I admit the meetings can be a little dull and they don’t attract a lot of people. But there was a particular purpose I wanted to serve. I figured that like me, there are hundreds of other parents of young children who live in Valley Village. During our board meetings they are busy working late or making dinner or helping the kids with their homework or giving them a bath… They probably want to know what’s going on in their community, but they’re busy with their daily lives. I figured that since I interact with a lot of them, I could tell them firsthand what’s going on.

This year I look forward to adding more information to the Neighborhood Council Valley Village website (myvalleyvillage.com) and working on and promoting events like our upcoming blood drive (April 10th at Colfax Charter Elementary School), the Virtual Garden Tour, the Pet Adoption Fair,

I encourage anyone who lives in the Valley Village area to participate by attending our meetings at Colfax Charter Elementary School at 7:00 pm on the 4th Wednesday of each month, or join one of NCVV’s committees, which also meet monthly. You can devote as little or as much time as you like. You too can experience the rewards of volunteering and being more involved in your community.