I’ve been hospital and house-bound for over a month, so it was a real treat for my first night out to see my 15-year old daughter Emily modeling in a fashion show.

This was no ordinary fashion show. The event was curated by my friend Ann Closs-Farley, whose long list of credits include designing costumes for The Pee Wee Herman Show, Disney’s Toy Story: The Musical and An Evening Without Monty Python. Ann doesn’t just think outside the box. With her, there is no box. She is the most creative person I have ever met, and her show was expectantly outlandish.

Ribbon Hoop Dress made from ribboms and hula hoops

Criminal Couture: Forbidden Fashion is an event to fund projects for the Bootleg Theatre, a 1930’s warehouse and former bra factory that produces boundary-pushing and highly collaborative new work. Located in a funky area west of Echo Park, it’s the home of creative theatre, music, dance, film and art – often interwoven with a mix of the five.

For the past three weeks on Thursday, Friday and Saturday nights, Emily has joined dozens of other models to show 60 gowns, all made from stolen, found or recycled materials by 27 different designers. The outfits are available for sale on ebay.

Take a look at some of these outrageous costumes. All photos are by Ashley West Leonard, except for Emily in the card dress, which was taken by her stepmom Julie.

The bad news is the show closes Saturday, December 17, but you can still bid on the dresses – that is unless Lady Gaga beats you to it. 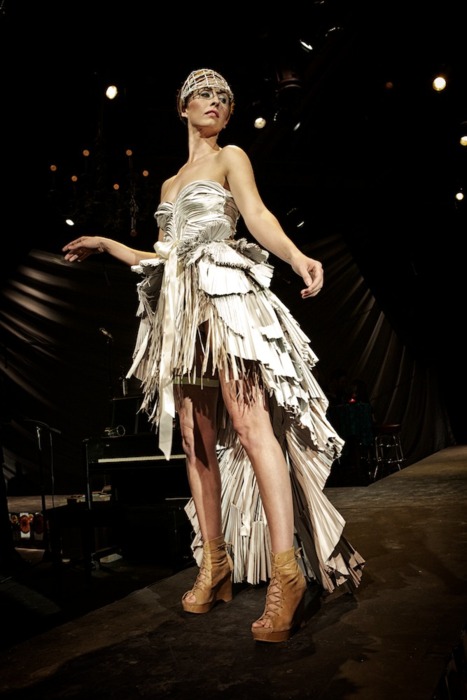 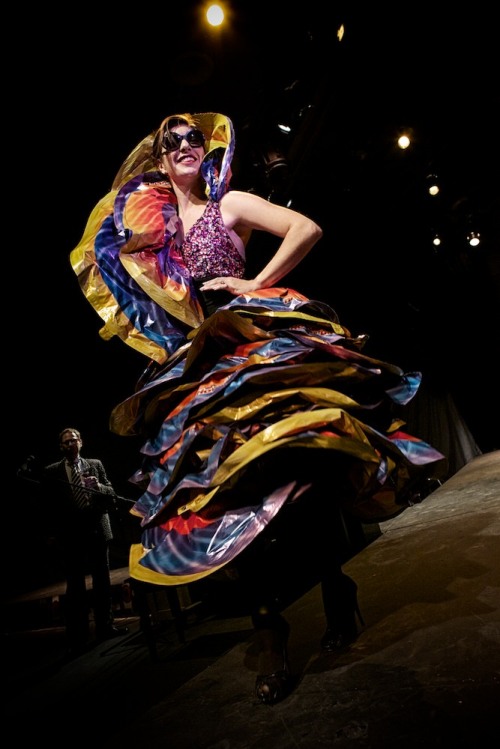 Dress made of mylar balloons

Drunk Dixie in her cups

Bubble Dress made from packing materials 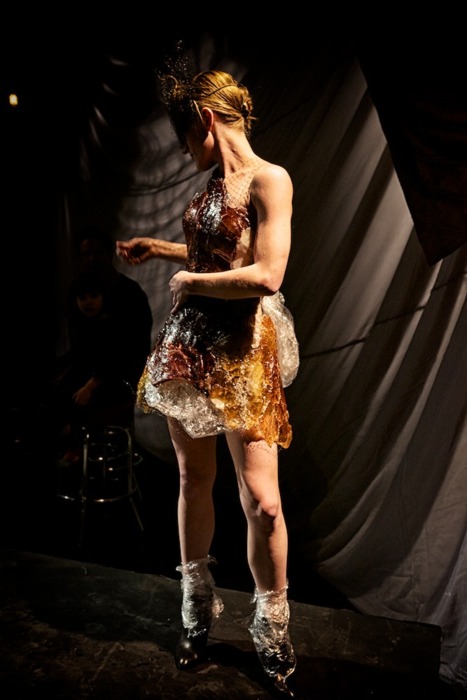 Dress made out of rum candy 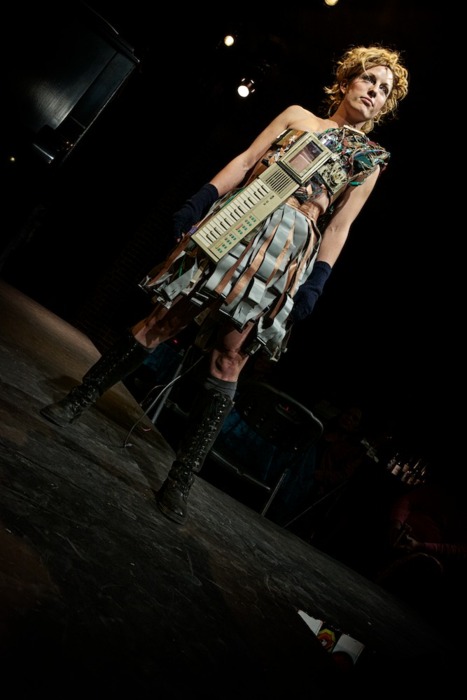 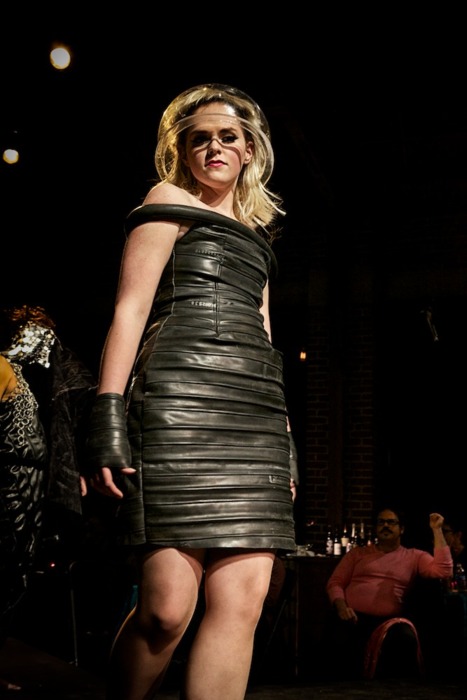 Dress made from found inner tubes